Concluding Verses of the 37 Bodhisattva practises

For those who want to train on the
Bodhisattva path
I have written “The 37 Practices of the
Bodhisattvas”.
Following what has been said by excellent ones
On the meaning of sutras, tantras and treatises. 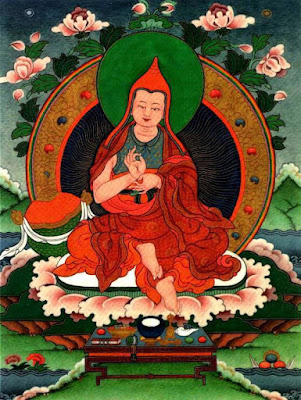 The purpose of composing the 37 practices was to inspire one
to pursue the practices of the bodhisattva path by drawing from
the teachings and advice of the Buddha’s own words, as well as
the commentaries and instructions of the great realized masters
and mahasiddhas.

Though not poetically pleasing to scholars
Owing to my poor intelligence and lack of learning
I have relied on the Sutras and words of the excellent
So I think these Bodhisattva practices are without error.
The composer Togmay Sangpo asserts himself to be lacking in
learning and refined language. However, he explains the basis of his
work and highlights that those who have cultivated in these ways
have attained great realizations and is thus an unmistaken path.

The composer Togmay Sangpo asserts himself to be lacking in
learning and refined language. However, he explains the basis of his
work and highlights that those who have cultivated in these ways
have attained great realizations and is thus an unmistaken path.

However, as the great deeds of Bodhisattvas
Are hard to fathom for one of my poor intelligence
I beg the excellent to forgive all faults
Such as contradictions and non-sequiturs.

This verse is the sign of the composer’s great humility, declaring
the bodhisttvas practices to be difficult to carry out for one such
as he. Nevertheless, he describes these profound practices,
though extremely difficult, have great benefits of purification,
accumulation of merit and nourish the inspiration to serve
sentient beings including leading them to enlightenment.

Through the virtues from this,
may all living beings
Gain the ultimate and conventional
altruistic intention
And thereby become like the Protector Chenresig
Who dwells in neither extreme –
not in the world nor in peace!

This is the final dedication that all merits from teaching and
practicing these 37 practices be the cause for the realization of
conventional and ultimate bodhicitta in all living beings, as well
as prevent practitioners from seeking to remain in the peace
of nirvana for one’s own benefit but instead, strive to liberate
all sentient beings and bring them to the state of Chenresig (or
Avalokitesvara/Kuan Yin).